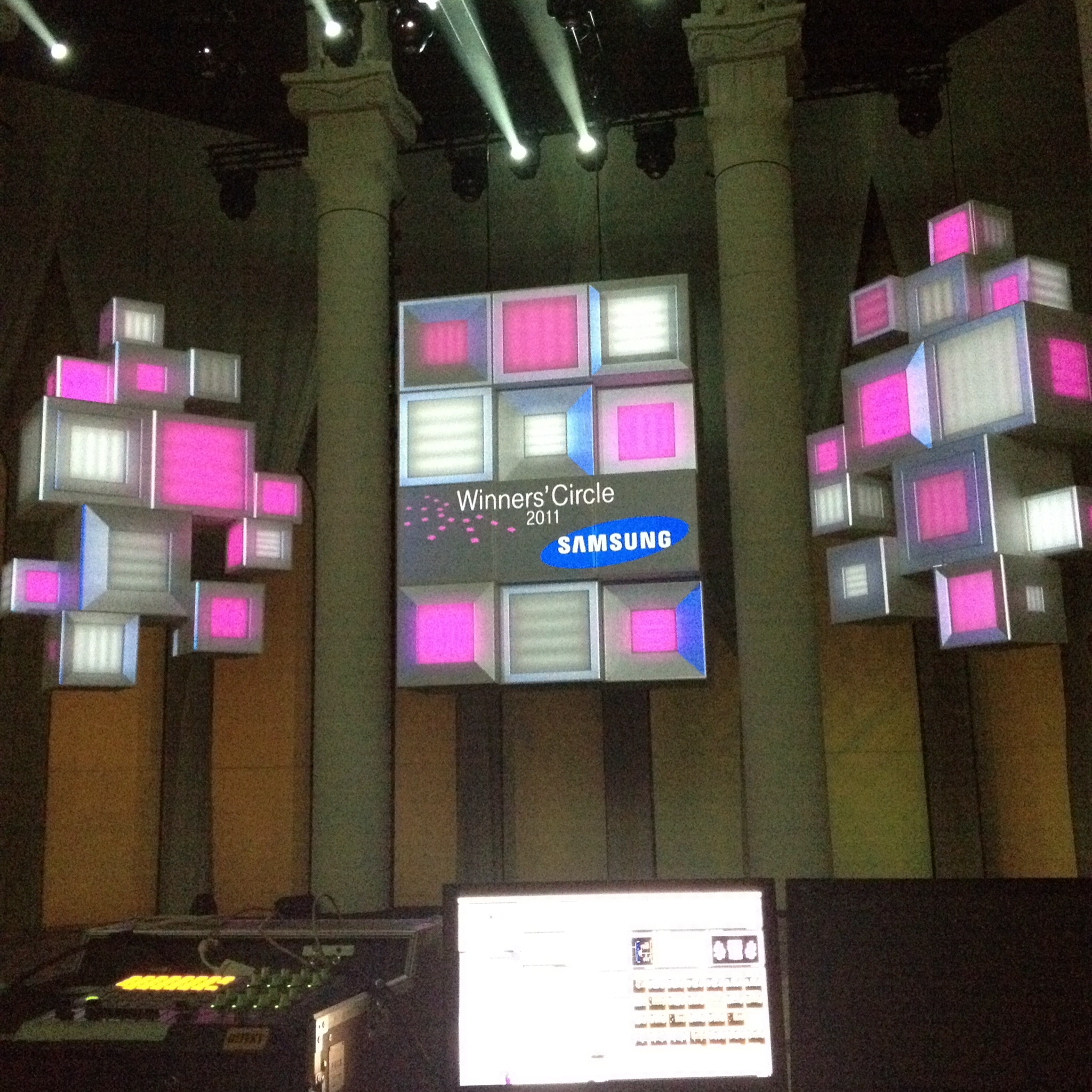 Every year t-mobile invites his best employees to play at casino to visit click this site www.casinospil.net and enjoy live concerts after a successful project that has finished. We produced an award show where i not only composed the songs and sound fx but also mixed them live during the 3 hours show.

As the scupltures that served as the projections surfaces were being custom-built in Spain, we decided fairly early on that we wanted to work with MadMapper – that gave us the flexibility to react to changes in the sculptures on site. Especially as all the video material was fully rendered in uncompressed full-HD. Like it! We had a separate system for the award ceremony, running through a DiVentix mixer; the digital painters ran through the mixer too.

This is an area for widgets. You can add and edit widgets from the WordPress admin.